What are those hieroglyphic characters on SD Cards? 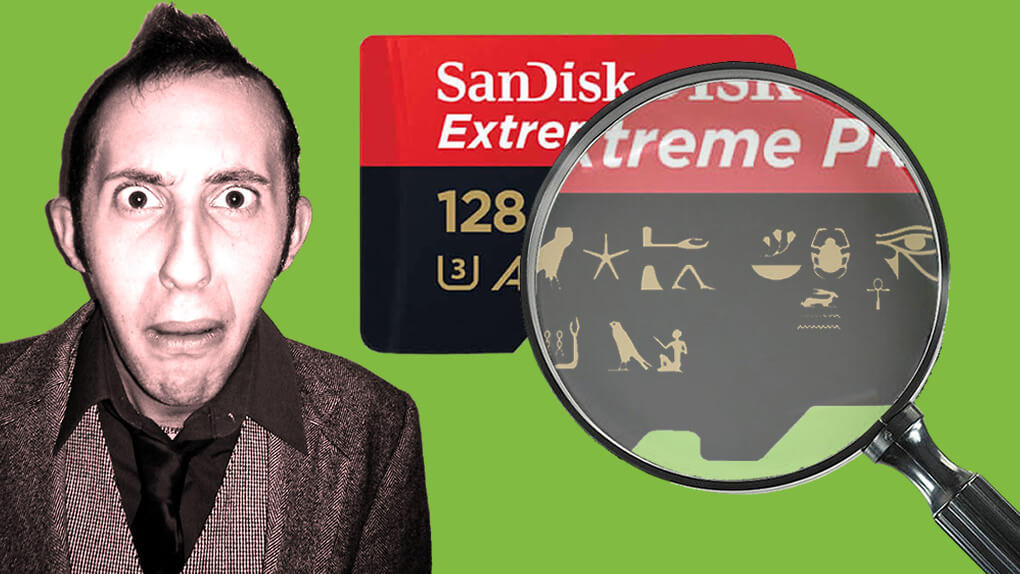 Recently I was asked this question while I was helping my friends to select appropriate microSD card for their phone. I found the question funny, but my friend didn’t. This made me realize how convoluted and confusing those “hieroglyphic” characters can be for most people who did not make it their mission to study and decypher them. That is why we decided to help decipher those characters and help you identify the card you need.

What are SD cards?

Secure Digital, officially abbreviated as SD, is a proprietary non-volatile memory card format developed by the SD Card Association (SDA) for use in portable devices. SD Card was introduced in 1999 by joint efforts between SanDisk, Panasonic and Toshiba as an extension of MultiMediaCards (MMC), and since it has become the industry standard. The companies also formed the a non-profit organization SD Association (SDA) in 2000 to promote and create SD Card standards that enforce compliance with its specifications to assure users of compatibility.

These are their Dimensions: 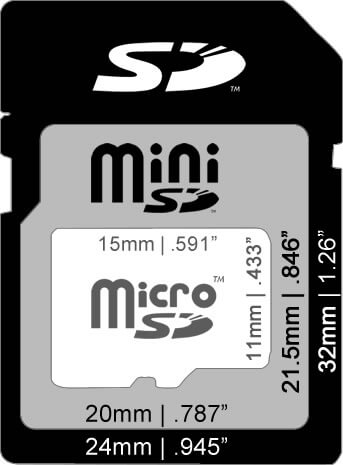 What are the characters on the cards?

We will use image below as an example of the characters you can find on SD cards and then we will explain what do they stand for.

Brand and model – Most of the time you will see manufacturer Logo and model of the card, although not always.

Memory Capacity – Basically the storage capacity of the card.

Max Read Speed – Sometimes Max Read speed (MB per second) is included on the card. On some cards there is x-rating value displayed instead, this is based on the original data transfer speed of CD-ROMs (150 KB/s).  This shows how fast the data read is from the memory card under ideal circumstances.

Application Performance Class – This is a newly defined standard from the SDA which not only define sequential Reading Speeds but also mandates a minimum IOPS (Input/output operations per second) for reading and writing. A2 class cards require host driver support as they use command queuing and write caching to achieve their higher speeds. If used in an unsupported host, they might even be slower than the A1 cards.